New era of intelligent assistants is already being tested in NZ 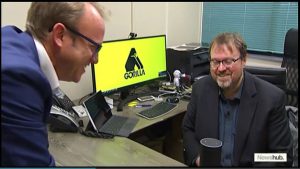 Paul highlights that the technology holds a huge amount of promise within both personal and business settings. “It’s our expectation at Gorilla that this type of voice technology will quickly become mainstream. Organisations who can intelligently leverage voice and text as an interface to their operations will do well. Our goal at Gorilla is to help small and medium organisations in New Zealand succeed through strategic use of technology advancements such as Amazon Echo – along with mainstream technologies from Microsoft, Google and Apple.”

Watch the video at TV3 Newshub.